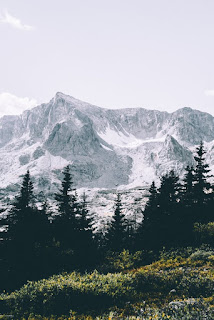 A few days  ago, my wife and I cruised east on Route 90 in Ohio after visiting family for the holidays.  As we settled into the ride after a pit stop, I cranked up the heat and sipped my dark roast, flipping through the local radio options.  I settled on a news commentator sharing the story of a twenty-two-year-old refugee who was trudging alone through foot deep snow in the black of night.  Wearing sneakers, but no coat, his only goal was to cross into France without being detected as he walked through the mountains of northern Italy.  He was a young man who saw only two likely scenarios: One, to face an almost certain death if he was caught and sent back to his homeland with its endless wars, or Two, he could face the possibility of freezing to death, but at least have the chance of escaping to freedom and a new life.  He chose the latter . . .

. . . and I chose what type of cookie I wanted from the Christmas tin.

I have neither earned nor deserve the state of privilege I enjoy - it was part of the "package" I inherited upon my birth.  My latest song and music video touches on this disparity - it's called PACKAGES.

I ponder and ask my readers: How would you define privilege and do we earn it?

Posted by Building a Better World at 9:57 PM