I was on my way home from Windham Ski Mountain here in New York late this afternoon.  I tuned into one of the only radio stations I could pick up: NPR out of Albany.  They were advertising an upcoming segment: "Has President Trump been keeping his promises since his inaugural address?" Then they aired a recording of him saying: "From this day forward, it's going to be - only America first - America First."  THIS LINE BUGS THE HELL OUT OF ME.  Not because I mind my country being first, but because we are already first in so many things - like overall wealth, most expensive healthcare, prisoners per capita, drug-overdose fatalities, military spending - the list goes on and on. WE ARE ALREADY FIRST!.  And yet, our new president said that the wealthiest nation on the planet is going to think only of  itself .

Within twenty minutes of hearing the above quote, I listened to a segment reporting that in the last month, eight Syrian children under the age of four months froze to death in the Syrian refugee camps along the border with Jordan - due to a lack of shelters. This was reported by UNICEF.  Obviously there is a large segment of our American population that couldn't care less. "Only America First" infers that  these infants and their mothers, fathers, and loved ones don't count since they aren't Americans.  Animals tend to think only of their own and their offspring's survival.  People starving to death are somewhat entitled to think that way, too.  I dare say -Spiritual beings should not.

Our country has enormous, complicated problems that warrant earnest debate to sort through the many nuances and available options.  I'm not saying that we shouldn't seriously consider the effects of our government's decisions on the welfare of Americans. On the contrary, I'm saying that to consider ONLY our welfare is the ethical equivalent of being one of twenty people on a deserted island and secretly eating an entire crate of food that washes up on shore. Some people are OK with that - but that mentality doesn't represent the best of the American spirit. 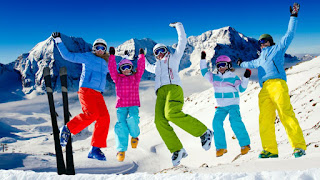 I saw an example of that spirit today at Windham. A few dozen volunteers working with the Adaptive Sports Foundation were teaching children with cognitive disabilities how to ski on the bunny slope.  I know any one of them would be more exhilarated skiing the expert runs of the mountain on their day off.  However, they chose to serve someone beyond themselves and outside their tribe. I've met many people from the ASF and they are the kind of people that actually "Make America Great."

I wrote a song years ago and though it is a sub-optimal recording - I offer it to you as a corollary to the above.  Please click on the link below if you'd like to see / hear the video.

Though my blog is getting views, unless I get an occasional comment, I have no idea if people are actually getting anything worthwhile out of my posts or which types they like.  PLEASE leave a brief comment - ranging anywhere from "complete waste of time" to "glad you posted".  Or be creative as you wish. Either way I would most appreciate the feedback.

Thank you so much,  Mark.


Posted by Building a Better World at 8:29 PM No comments:

Priorities in My Homeland

Eighteen years ago this week, I was walking on the outskirts of a village in Western Wollega, Ethiopia.  My interpreter and I were near a middle-aged man's grass hut as he came over toward us. A few young children were playing nearby in the dirt. We started talking and learned that he and his wife had had five children but lost two of these when they were young, several years ago. I don't remember the details of the conversation but I do remember the sadness with which he told us that one of those children had died for want of an antibiotic that cost about $30 USD.  He turned away as he explained that he had no access to that kind of money.  I wasn't sure whether he was hiding tears or embarrassment. Either way, that memory had retreated into dormancy along with so many others from that visit - until today. 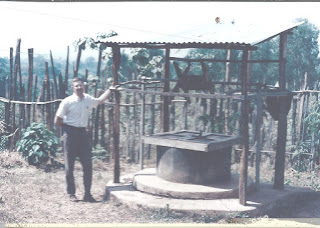 This afternoon I scanned the news on my phone.  I swiped past the news of the partial government shutdown to a story told by a 47-year-old mother from Minneapolis named Nicole Smith-Holts.  She described how her 26-year-old  son had moved to his own apartment from her house shortly after he turned twenty-six.  He was an insulin-dependent diabetic and she knew he had lost her health insurance coverage having reached the cut-off age.  She did NOT know how expensive his insulin and supplies were without any insurance - about $1300 per month!  A few weeks after he moved out, he was found dead in his new home and an autopsy revealed the cause of death to be a diabetic coma.  This was attributed to insufficient use of the insulin - which he couldn't afford.  I have a thirty year-old son and can't imagine the level of sorrow and guilt Nicole will forever live with.

Reading her story today brought back my memories from Ethiopia, and on reflection I realize how similar our two countries can be - though there is obviously a difference of scale.  My own recollections from Ethiopia may or may not recede again into the hither regions of my mind.  Her emotional trauma never will. 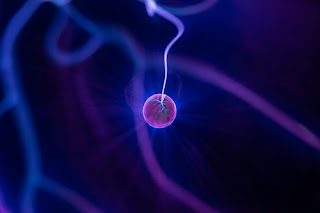 I find it very disconcerting that even here in the wealthiest nation on earth, we still contribute to such ongoing sorrow with our government policies and the self-centered priorities we condone. According to the National Institutes of Health, in the year 2018 we spent less than $1 billion on researching the causes and treatment of diabetes -  The US military budget by contrast, spends $2 billion PER DAY.  According to Forbes, we spend more on "defense" than Russia, China, Saudi Arabia, India, Iran, Korea, UK and France  - combined. The importance of a strong national defense can't be overstated but to keep this  in perspective, diabetes typically kills more than six hundred people PER DAY!  Diabetes is an enemy of the people.

The US government has a partial shutdown over a $5 billion wall. This continues to be all over the headlines.  And yet the lack of serious funding for a dreaded disease and daily killer goes unnoticed and will never make the headlines.


Posted by Building a Better World at 1:05 PM No comments:

What Do I Have to Offer? 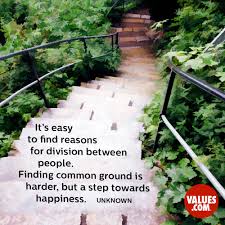 This is a very BIG and I think important question: Offer what, where, when, and for how long?  We all have different skill sets, expertise, interests,resources, and availability.  I have a sprinkling of each of these but what I bring to this blog is an uncommon perspective. Please note I said "uncommon" but not special, because I'm just like everyone else doing the best they can with their given set of circumstances, gifts, and limitations.

I worked as a janitor during high school and early college.  Then I "worked my way up" to assisting the pathologist in Camden, NJ as he did autopsies.  With that expertise and a BS in biology, I met the qualifications to become a bartender in Yellowstone and then a ski bum in Aspen, Colorado (and that is definitely another story).  I actually returned to school for another two years, and became a Physician's Assistant, which I did for thirty plus years.  I became a husband after leaving the ski slopes, then a father, volunteer community mediator for a few years, contractor, and through it all have been somewhat of a word-smith and musician.  So, in spite of the fact I have no expertise, except for that of a medical provider, I do have a somewhat unique perspective on life.  After all, I've met and developed relationships with more than 50,000 people - some short-lived and some life-long.  I've worked with the homeless, the hard-working, the poor in places like Ethiopia and Honduras, and the ultra-wealthy in Aspen and Lake Placid.  I've met lots of different kinds of people and even a few odd ducks.

None of this makes me any smarter or wiser than anyone else, but I do believe what we've experienced colors our perspective.  I've done short-term work in both Vietnamese and Nicaraguan refugee camps during their respective wars.  That does not make me an expert on anything, but deepens the well from which I draw questions and concerns.

For decades I've been both intrigued and frustrated with our tendency as humans to put people into carefully constructed boxes.  These are fortified with readily available stereotypes, and our selective assimilation of information that coincides with our limited perspectives.

Now that you have a little bit of my background, let me bring you into my hopes for this blog.  When we encounter a situation or read about some controversial issue, we are very quick to latch onto our fully developed position and resistant to truly engaging with opposing perspectives.  The news media (both left and right leaning) and to some degree, social media, are mechanisms of reinforcement.  I watch both Fox News and CNN every few days and learn different perspectives from each.  What I don't learn is the middle ground between positions.

My GOAL with this blog is to present either an experience, encounter, or some contemporary issue, and then solicit viewpoints regarding the midpoint of the issue where most people could agree if we actually communicated; it is to pursue the unaddressed perspectives or the common denominators in the middle.  I do not want to deal with extreme positions. There are thousands of blogs reinforcing division.

I invite all of my readers to offer their perspectives AND will do my level best to respect and respond to as many as I can.

DOES THIS SOUND LIKE AN INTRIGUING CONCEPT TO ANYONE OUT THERE IN CYBERSPACE?  If it does - PLEASE LET ME KNOW.

Posted by Building a Better World at 10:08 PM No comments: